Every great mind has its area of expertise. Einstein plumbed the physical secrets of the universe. Proust changed the world of literature. Edison pioneered modern invention.

And I write about llamas.

While crafting my life’s work, I’ve learned quite a bit about these wooly, flea-covered sheep-horses of the plains. I thought it might be fun to share a little of my knowledge. So without further adieu, I give you: 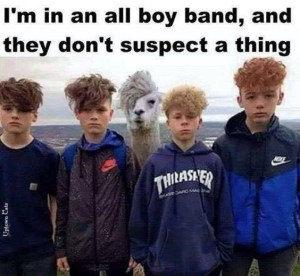 All works on this site are licensed under a Creative Commons Attribution-NonCommercial-ShareAlike 3.0 Unported License. Details can be found at the following URL: http://creativecommons.org/licenses/by-nc-sa/3.0/deed.en_US
%d bloggers like this: